April Showers Bring May Flowers! Welcome to Spring and Happy 420!

We are well into the 2022 growing season and it is time to feed the plants!  In this issue, check out Jinxproof’s tips on feeding your plants with micronutrients! Look for April special offers on seeds for your order today, plus, check the website on April 20 for special deals.

Jinxproof had a busy March with events in Boston, MA and Tulsa, OK! Check out the April events schedule! If you are in the area of any of these events, stop in and say hello! Bring a hand written positive affirmation to any event where Jinxproof attends and receive a free 3 bean seed pack!

Check out our new giving opportunity for April where we send support to a family who’s child suffered a vicious dog attack.

As always, Have a positive and Productive month!

Micronutrients are essential for plant growth, providing support to macronutrients to achieve the structural integrity needed to support top heavy buds through the flowering cycle. Micronutrients aids in the development of plant proteins, strengthens stems and branches while also assisting in processing nitrogen important for chlorophyll production. Providing only macronutrients without controlling the micronutrients will result in a weak plant, more susceptible to bugs and pests.

Jinxproof recommends Urb Natural Products which can be purchased here.

URB Natural is a stimulative poly-microbial inoculant with multiple, complementary functions that can be noticed working in all phases of the plant life cycle, seed to final flush. Urb Natural products are certified organic and safe to use on all plants.

Each of our microbial strains are grown separately, given food and vitamins, and grown at a specific temperature, untouched by human hands and with as little exposure to the air as possible. Every batch has a QC check and is the same.

A careful and deliberate design containing multiple, naturally occurring phylogenetic groups of organisms with complementary functionalities. Offering results you will notice throughout the life of the plant being treated. 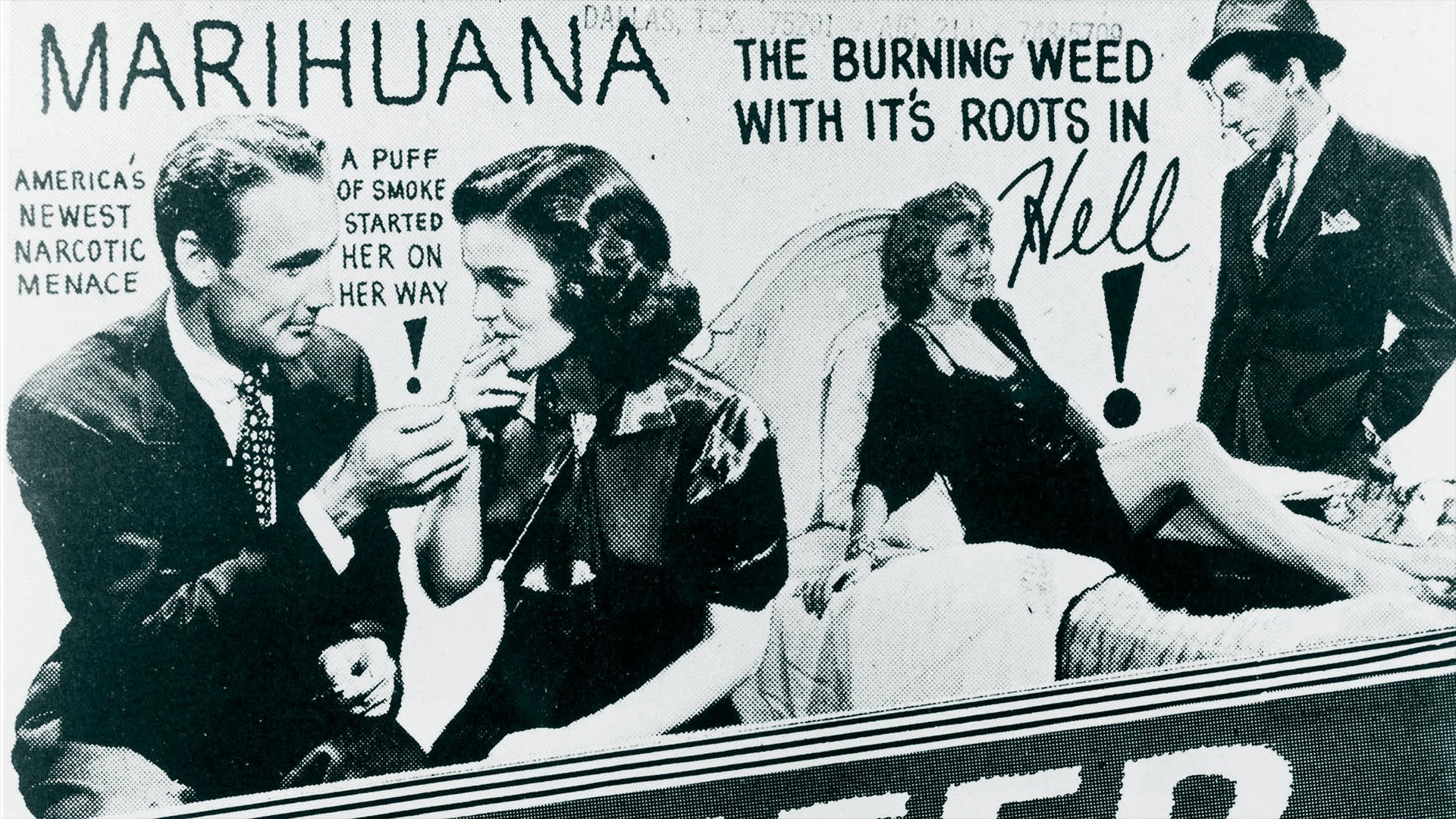 It’s the time of year we celebrate cannabis culture, 420 or April 20 is a holiday for cannabis users created by cannabis users to come together to show solidarity, enjoy cannabis freely and reflect on what has happened to get to the present state of prohibition where we enjoy safe access points across the United States and beyond. This year, we are taking a close look at a cannabis figure in history: Reefer Madness Jazz Musician Mezz Mezzrow known for providing joints to the tea houses of 1920’s Harlem New York and crossing the racial divide blemishing the American Experience at the time.

Reefer Madness Jazz Musician Mezz Mezzrow moved to Harlem in 1929. He began selling marijuana enjoying instant success is both the white and black Jazz communities. Back then, folks came together in “Tea Houses” to obtain and smoke marijuana. Located in apartments all over Harlem, Tea Houses served as the backdrop for many moments in Reefer Madness History. At one point, historians note more than 500 of these speakeasy establishments in operation. Mezz was so popular, he had a marijuana cigarette rolling style named after him called the “Mezz-Role”. These Marijuana cigarettes were packed heavy and rolled tight.

When Mezz moved to Harlem, he began performing with another popular Jazz Musician, Eddie Condon. Condon had only just arrived in New York himself the previous year from Chicago where he spent most of his 20’s playing banjo, guitar and served as band leader on multiple occasions. The two made a good team, Mezzrow having denounced white society during a period of history where segregation was a large part of every day life and Condon was known for forming racially integrated musical groups. Although white, they managed to become the largest marijuana dealers in Harlem at the time.

Mezzrow married a black woman and declared himself a voluntary negro. In 1940, when he was sent to prison for possession with intent to distribute 40 marijuana cigarettes, he demanded to be sent to the segregated negro prison. In his biography Really the Blues, he writes: “Just as we were having our pictures taken for the rogues’ gallery, along came Mr. Slattery the deputy and I nailed him and began to talk fast. ‘Mr. Slattery,’ I said, ‘I’m colored, even if I don’t look it, and I don’t think I’d get along in the white blocks, and besides, there might be some friends of mine in Block Six and they’d keep me out of trouble’. Mr. Slattery jumped back, astounded, and studied my features real hard. He seemed a little relieved when he saw my nappy head. ‘I guess we can arrange that,’ he said. ‘Well, well, so you’re Mezzrow. I read about you in the papers long ago and I’ve been wondering when you’d get here. We need a good leader for our band and I think you’re just the man for the job’. He slipped me a card with ‘Block Six’ written on it. I felt like I’d got a reprieve.”

Stuff Smith’s song “You’s a Viper” referenced Mezz Mezzrow directly, “Dreamed about a reefer five foot long, The mighty Mezz, but not too strong, You’ll be high, but not for long, If you’re a Viper.” Vipers even had a slogan. “Light up and be Somebody.” in spite of general public consensus being in favor of prohibitionists. Jazz music was rebelling the propaganda by showing social acceptance in closed ‘members only’ clubs where those who weren’t cool were not allowed. 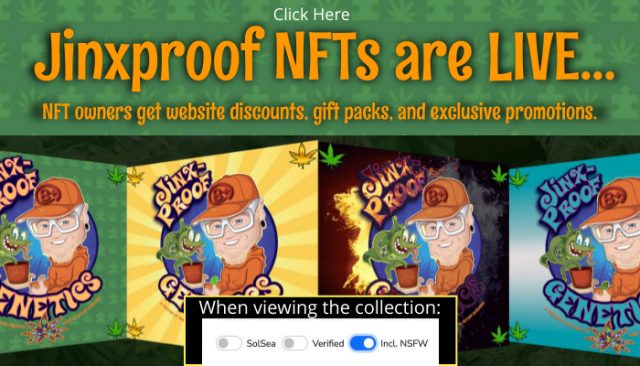 Non-fungible tokens, or NFTs, are pieces of digital content linked to the blockchain, the digital database underpinning cryptocurrencies such as bitcoin and ethereum. Unlike NFTs, those assets are fungible, meaning they can be replaced or exchanged with another identical one of the same value, much like a dollar bill. NFTs, on the other hand, are unique and not mutually interchangeable, which means no two NFTs are the same.

Jinxproof NFTs are digital artwork that live on the Solana blockchain. Each unique NFT carries value beyond just the pretty picture. Each NFT will also include additional benefits like a free gift pack for the first owner of a Jinxproof NFT, and fixed discounts on the Jinxproof Genetics website for any Jinxproof NFT owner.

Not sure about NFTs, but keep hearing all of the hype? Check out the NFT Training center in the NFT section of the Jinxproof website. Learn how to create a wallet, purchase Solana Coin, use that coin to purchase a Jinxproof NFT, list an NFT for sale and more! This month Jinxproof is launching private Zoom sessions for those who would like individualized training on Crypto-currencies and NFTs. Sign up for your private session today! (Insert Link) 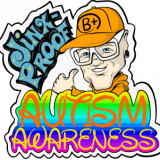 Combining philanthropy and acts of charity as a part of their mission, Jinxproof Genetics designed their compassion programs with a formal structure to better serve those in need.  Jinxproof and his wife Miss Rose established Northwest Families for Autism (NWFFA) and immediately began working with the Seattle Children’s Autism Center (SCAC) and the University of Washington (UW) to provide communication devices to hundreds of Children with Autism and non-verbal disorders giving them the platform needed to interact with the World around them. Miss Rose explains the positive impact of these devices,  “This is empowering to these individuals as it enables them to easily communicate with the world around them by giving them a means to express their thoughts, feelings, needs and desires. They gain a voice, something most of us take for granted. This brings us one step closer to inclusion!”

contribution to those in need.  Recognizing the need for a more positive outlook on life to succeed as individuals,  Jinxproof has designed counseling programs centered around daily affirmation as a way to improve the quality of life of those in need. The Young Ladies Positive Affirmation club helps build confidence and develop a healthy self esteem in participants through the practice of writing and sharing daily affirmations.  In addition, Jinxproof filters daily ‘Be Positive’ messages through social media and offers one on one counseling services to those in need. These messages encourage others to be positive in their own lives and to get involved in their community through service.

April’s Giving Opportunity comes from Oklahoma where emergency support is needed for a family of 9 struggling to pay medical bills after their baby survived a vicious dog attack. Please use the Go Fund Me link below to donate.

“Baby JJ was playing outside with his siblings on a rare warm February day when he was viciously mauled by 5 of the neighbors pit bulls his face was completely ripped apart and his skull was exposed his jaw was torn apart n teeth were lost he’s currently in critical condition this is every parents worst nightmare I’m falling apart as I type this and know we have a huge up hill battle ahead of us not only for JJ but our family as a whole I’m the sole provider for our family of 9 I work two jobs to provide for my wife and 7 kids but with all this everything is left in uncertainty we’re asking for any help we can get for basically everything from food n gas to help with the massive amount of medical bills we will soon face. Baby JJ is the sweetest goofiest happiest most loving baby boy ever not to mention the best big brother ever please keep baby JJ and our family in your prayers. I hope none of you ever have to go thru what me and my wife are going thru.”